Entry #5 For Nerds Written by a Nerd 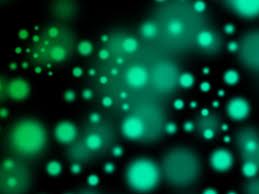 For many years I struggled with finding my way in life. They say most guys are into sports, working on cars, and would rather be the strong silent type.When you aren’t into any of those sometimes you are made to feel less of a man.

However, I discovered Star Trek, Star Wars, The Lord of the Rings, and a whole stream of super hero books, TV shows, etc. At first I enjoyed these with my brother and it was something we shared in common. Soon, thought, I found kids at school, a few, who we had this in common. Some of these guys, were the cool guys that I considered dudes who had it together. That is when I realized that there were other options of activities that I could enjoy and still be a young man.

As an adult I went to found nerds at work, school, and church. They were everywhere. Both of the stepsons and daughter attended academic decathlons or summits where Brainiacs showed up in droves. You could feel the brainpower and electric ideas humming in the room. It felt like home.

That is why I wanted to write a series about a boy like me who struggles to understand how is own mind works. I think Levy Roarke’s internal and external battles are our own. He represents a nerd who discovers how he fits into the world and can actually make history. I hope that this Chronolocity Hexatron (a six-sided molecular object) will help those who are nerds to understand their own uniqueness and that they are not alone in the world.